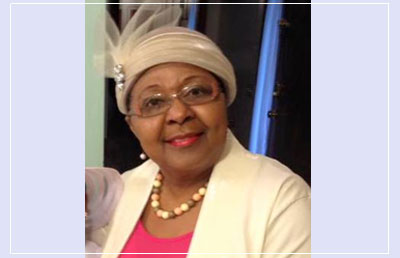 In 1964, at only nine (9) years old, she joined the Lott Carey Mission family of students and faculty as a boarding student and graduated in 1974. Prior to graduation, Dalphine, being so young, was known as the Lott Carey “cry baby”. But as she matured, she became very versatile as reflected in her proud moments as a Lioness, when she starred as pitcher of the championship LCM girls’ kickball team. Dalphine was among a very few excellent kickball pitchers in Liberia. Going beyond the call of her kickball championship duties, she played on the girls’ basketball and volleyball teams; served as Vice president of the Lott Carey Y-Teens Chapter of Liberia; sang in the renowned LCM school choir and the dynamic chorus group, the Lott Carey Messengers. Moreover, Dalphine was noted for being a very influential student. It was believed that if anyone wanted to win an election on campus, she was the “go-to” person; you had to make sure she was on your side. While she describes her LCM experience as, “the best ever,” she concludes, without a doubt, that one of the persons who impacted her life in her growing years was her fourth grade and favorite teacher, the late, Mrs. Anna Nah.

Upon graduation from Lott Carey in 1974, Dalphine enrolled in the University of Liberia (LU) but interrupted her studies in 1977 to expand her perception of the world, with a stay in the United States. She returned to Liberia in 1983, re-enrolled in LU and graduated with a BA in Sociology. Mrs. Willis’ professional experiences include: work as administrator at the Snapper Hill Clinic and as Procurement and Material Management Manager at the JFK Hospital, both in Monrovia, Liberia. She has also been employed at Target Financial Services and I C Systems.

Where Is Dalphine Williams-Willis Now?

Dalphine and her family live in Brooklyn Park, Minnesota, where they have resided over 22 years. She describes her husband, Jacob Henry Willis, III as her, “darling best friend.” Dalphine serves as President of the Golden Boys and Girls Social Club of Minnesota, a prestigious and respected Liberian organization.