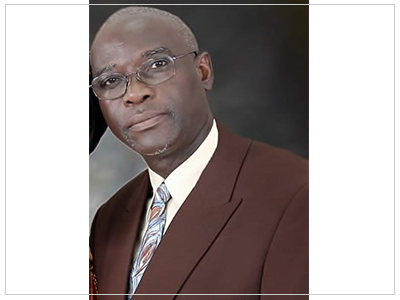 Joseph T. Walker, Jr. was the first of seven children born in Barclaysville, Grand Bassa County, Liberia, West Africa to Joseph T. Walker, Sr. of Royesville and Annie V. Walker of Bexley, Grand Bassa County. He grew up in Brewerville, Montserrado County. Since birth, he demonstrated an interest in music, and practiced the virtues of love and respect for others, loyalty to family and friends, dependability and relentlessly pursued anything of interest regardless of obstacles or difficulties. No matter what the task, he always completed them.

Joseph is a man of high standards with core principles which include Love for God and others. Therefore, his life is based on love and equality. He believes that every infant is a pearl that should be given the chance to manifest. He is non-judgmental, reconciliatory, respectful of others’ ideas, and most of all, believes that it is the inalienable right of every individual to be heard, no matter how trivial or nonsensical the thought might seem.

He has no interest in politics, is not consumed with the desire for riches, or self-advancement through the use of power. He believes that love and integrity are valuable characteristics anyone can possess.

Early in life, Joseph knew that there was more to life than his. Therefore, to understand how sounds were created, he attended the Hannah C. Wilson School of music in Brewerville, through a scholarship granted him by Mother Wilson. He is one of few graduates from that school. He sang with the Messengers Gospel Singers during his days at Lott Carey Mission (LCM). Once, he found an old, dusty typewriter under a bed (In Old Het’s House, where he grew up as a child in Brewerville). When he was promoted to the tenth (10th) grade (School Eligibility requirement), he enrolled in the extra-curricular typing course at Lott Carey. He achieved a seventy-five (75 wpm) word-per-minute skill level, on a then manual typewriter, under the tutelage of Mr. Benjamin Witherspoon.

With the above skill levels, in 1973 he graduated from the Lott Carey Mission High School in Brewerville and obtained his first job as a Secretary with the Reeves and Associates Accounting Firm in Monrovia. Out of curiosity, Joseph took evening courses at the Zion Academy School of Business, in Monrovia, where he got the early fundamentals of Accounting. In 1979, he gained admissions to the University of Liberia (LU) in Monrovia and in 1984, graduated with a Bachelor of Business Administration (BBA) with emphasis in Accounting and Business Management. In 1985 he served as Acting Director of Finance, Ministry of Foreign Affairs, Monrovia. In 2004, he joined the HR Block Tax company and studied the Income Tax system. In 2012, he established his tax company, JOTWA Income Tax Service with clientele of a broad spectrum including, families, clergy, private business owners in Durham, and other states where permitted.

Joseph worked in management at Duke University Health System in Durham, NC for twenty-two (22) years and is now retired. He is married to Apostle Elspeth V.S. Walker, and together, they have seven (7) children. He lives with his family in Durham, North Carolina.