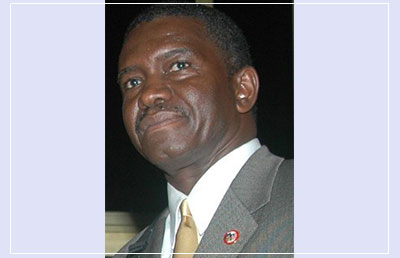 Chris C. Massaquoi was born in Monrovia, Liberia and attended the Lott Carey Baptist Mission School, graduating in the Class of 1973. He enrolled in the University of Liberia and graduated with a BA in management, emphasis in economics. Chris soon became a Fulbright Scholar, enrolled in Central Missouri State University (outside of Kansas City) and earned a Master of Science degree in Criminal Justice Administration in 1983. To solidify his background in criminal justice, Chris returned to Liberia and entered the Louis Arthur Grimes School of Law and earned his JD. Since his last stint at formal education, he has had on-going police training throughout his career in the United States, China, Sweden, among other nations.

With concrete preparation, this Lott Carey Mission graduate has served his native land, Liberia and the world in several significant positions. Among them: Research Office, Ministry of Foreign Affairs; Commissioner of the Bureau of Immigration and Naturalization, Republic of Liberia; Director of Special Security Service; Chief, UN Special Investigation Unit; Claims Officer, the UN Claims Section; UN Investigator and as Criminal Justice/Crime Consultant and Security Officer for the African, Caribbean and Pacific General Secretariat. He is a member of the Liberian National Bar Association and has been active in the International Association for chiefs of Police and the Association of Europe Community Countries on Drug Control Program and Organized Crime.

WHERE IS CHRIS MASSAQUOI NOW?

Chris lives in Liberia and continues to serve the people of Liberia as Director of the Liberian National Police. He was also the keynote speaker for the Lott Carey Mission Alumni Association-USA Annual Reunion in 2015 which was held in Richmond, VA. He is among many who believe that Lott Carey Mission School should be heightened with a technical program and says, “I am ready to lead the way.”