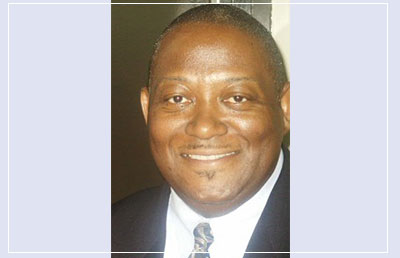 After attending two other schools in Liberia, including Careysburg Public and Bong International School Systems, Jeremiah A. Jackson found his home at the Lott Carey Baptist Mission School, Brewerville in 1978. He entered LCM in the 10th grade. In his first year, Jeremiah helped re-established the school’s boys’ basketball team and served as a coach/player. He was also active in the student government association and sang with the nationally known, Lott Carey Mission School choir, while excelling in his academics. Jeremiah graduated with the Class of ’81, a class he describes as “the most dynamic” because the Class of ’81 was the first Lott Carey Mission class to take the West African Exams when first introduced to Liberia. The entire class passed the exams with “flying colors.”

Upon graduation from Lott Carey, Jeremiah returned to Bong Mines to work and save-up to pursue his academic goal in the United States. After four years, his dream came true and he enrolled in Shaw University, where he obtained a B.S. in Computer Information Systems in 1989. Subsequently, Jeremiah went on to work for International Business Machine (IBM) and became a level II Server Support Specialists on their help desk. He later joined Electronic Data System (EDS) as a Level II Network Administrator, supporting the United States Postal Systems network. Other career opportunities have included: The Center for Employment Training as an instructor in Microsoft Office Skill, IT system support, and Job Developer/Public Relations.

WHERE IS JEREMIAH A. JACKSON NOW?

Since 2006, Jeremiah has worked for TLC Vision/Sightpath Medical, the largest refractive eye surgery company in the United States. He is a Laser Engineer. He is married to his high school sweetheart, Annie Ricks-Jackson whom he describes as, “a very wonderful lady.” They have two daughters, Corie, a senior in college and Neah, who graduates from high school in 2016. Jeremiah and his family reside in Raleigh, NC. As a founding member of the Lott Carey Mission Alumni Association-U.S., he concludes, “None of these accomplishments would have been reached if I had not obtained a good high school education from Lott Carey Mission. My training at Lott Carey, allowed me to excel in college and in life.”