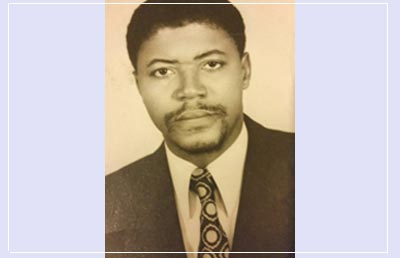 “Rev. Walker passed away on September 11, 2016 at the Wake Medical Center in Raleigh, North Carolina. May he Rest in Peace.”

When Jeremiah W. Walker left his hometown of Careysburg, Liberia to attend the Lott Carey Baptist Mission School (LCM) in Brewerville, in the early 1950s, he had no idea that the foundation he would obtain from LCM would have propelled him to national distinction and given him two stints as Superintendent of his Alma Mater, Lott Carey. This 1956 LCM graduate was a member of the class of eight individuals including: Bernard Benson, Stella Banks, Eudora Ash, Joseph Williams, Valerie Morris, William Gant and Manna Davis.

Upon his high school graduation, Rev. Dr. Jeremiah Winslow Walker voyaged to the United States to attend Shaw University and earned his Bachelor of Arts in sociology. He matriculated to Howard University for graduate studies and obtained his Master’s in Divinity. Shaw University later bestowed upon him, the honors of Doctor of Philosophy (Ph.D.) for his many accomplishments. Among his professional endeavors are: two distinct periods of services as Principal of Lott Carey; served as Director of Development of Cuttington University in Liberia and simultaneously taught sociology and psychology. While he was educating young Liberians, Dr. Walker worked as President of the Liberian Council of Churches, President of the Interfaith Council of Liberia, worked with the Baptist World Alliance alongside Liberia’s former President, William R. Tolbert, Jr. and was the first Chairman of the Liberia Baptist Seminary. Importantly, Dr. Walker was President of Liberia’s Principal Association.

In addition to travelling around the world for important events and training, Rev. Dr. Jeremiah W. Walker has received the Desmond Tutu Peace Prize, among several other national and international honors. But he is quick to point to one of the most recent honors from the Lott Carey Mission Alumni Association- Liberia, of which he is most proud for his years of quality service to the school and the nation. For instance, during the Liberian civil war, Rev. Walker remained in Liberia and conducted the business of education. He did not shut down the school, until he had to and did not leave the country. During this period, Lott Carey conducted two graduation ceremonies while other schools were idle. Rev. Walker also found time to serve as head of the Peace Delegation for Liberia, which negotiated and eventually brought peace to the nation during its devastating civil conflict.

After 40 years of service as head of one of Liberia’s finest institutions of learning, Rev. Walker retired in 2008 from the Lott Carey Baptist Mission School. He travels between Liberia and the United States to spend time with his children. He advises, “Everyone who comes into the world should leave a legacy of service.” When asked, “What are you most proud of?” His response, “That I was able to serve the students of Liberia.”