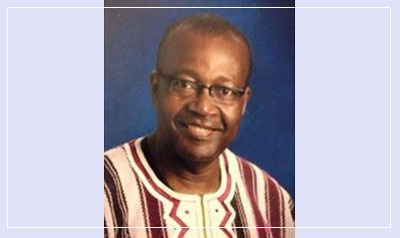 After graduating from LCM, Sylvester worked full time with the Ministry of Finance in the Revenue Department for 10 years. He later travelled to the United States to enter Dyke College in Cleveland, Ohio, where he earned his Bachelor of Arts Degree in accounting in three years.

Upon graduating from Dyke College, he relocated to Atlanta, Georgia to join the hospitality industry, where he served 15 years before becoming Manager, Food and Nutrition Services with his current employer, over the last 12 years to present. Despite his full time schedule, Diggs found time to continue his studies in Non-Profit Management and Leadership. He earned his Master’s from Walden University; and with food facilitation in his profile, Sylvester established Diggs Gourmet Food Services which produces and sells Liberian: dried fish, dried turkey, dried chicken, hot fried peppers and his own recipe of Liberian fufu.

WHERE IS G. SYLVESTER DIGGS NOW?

This entrepreneur resides in Dacula, Georgia, headquarter of Diggs Gourmet Food Services. He regularly volunteers in his Georgia community to help feed the poor and homeless. Sylvester travels between the U.S. and Liberia to mentor six Liberian young men whom he sponsors. He sincerely believes in helping the underprivileged.