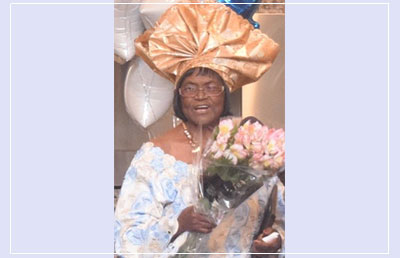 In her desire to give back to her country, Mrs. Thompson returned to Liberia in 1970 and served as Assistant Professor of Law at the Louis Arthur Grimes School of Law, University of Liberia. She obliged herself to the people and government of Liberia in other capacities which included: Assistant Minister for Labor Standards, Deputy Minister for Youth and Sports and later, Minister for Youth and Sports and Deputy Minister for Planning and Human Resources Development. Mrs. Thompson served as Judge, Monthly and Probate Court for Montserrado County, Liberia, Dean of the Louis Arthur Grimes School of Law and Vice president for Administration, University of Liberia.

Where is Luvenia V. Ash-Thompson Now?

She continues to serve the people of Liberia as Vice President, Resource Mobilization and Associate Professor of Law, University of Liberia. She says her true love is education. This love inspired her to establish a private secondary school in Liberia. Ash-Thompson was one of the organizers of the first Alumni Association of Lott Carey and served as its first president.