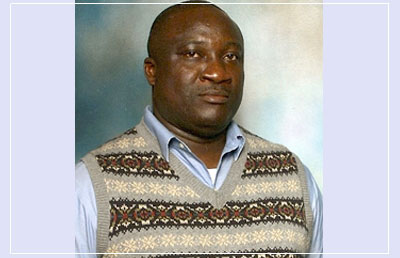 Originating from Sinoe County, Liberia, Rufus Woyee was one of several siblings who joined parents, Joseph and Catherine Woyee in Brewerville, Liberia, 1970, to become part of the Lott Carey Mission School family. His late father, Joseph had accepted a job on Lott Carey. Upon enrolling, Rufus graduated with the Class of ’81. His love of his Alma Mater led him to serve Lott Carey in various professional roles. Among them: the youngest Dean of Boys (for the boarding students); a P.E. instructor; Director of Athletics, where he also had the opportunity to coach basketball and kickball. He was Lott Carey’s representative to the Inter-High School Athletics Association of Liberia. After Lott Carey, which was during the Liberian civil conflict, Rufus worked with Luther World Service/Federation to help ease the suffering of his fellow Liberians.

In pursuit of a higher education, Rufus Woyee departed Liberia for the United States and obtained an Associate of Science Degree – Electronic Engineering, from Durham Technical College, North Carolina. He went on to North Carolina A & T State University in Greensboro and graduated with a Bachelor in Electronic Engineering Technology. A Master’s degree in Project Management was also obtained from Walden University.

Where is Rufus Woyee Now?

Rufus resides in Durham, North Carolina and works for DuPont Electronic and Communication. He is a senior research and development technician in the Advanced Material Division.